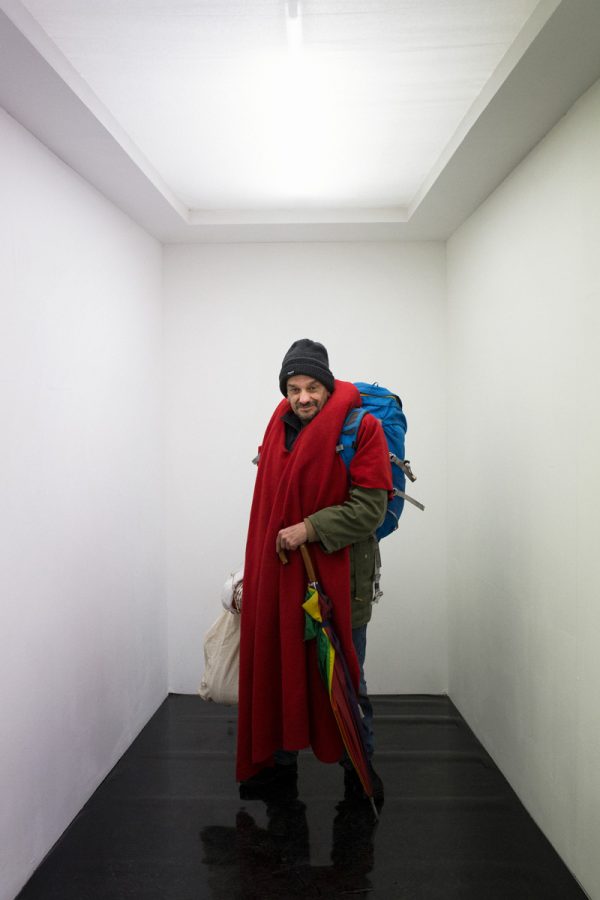 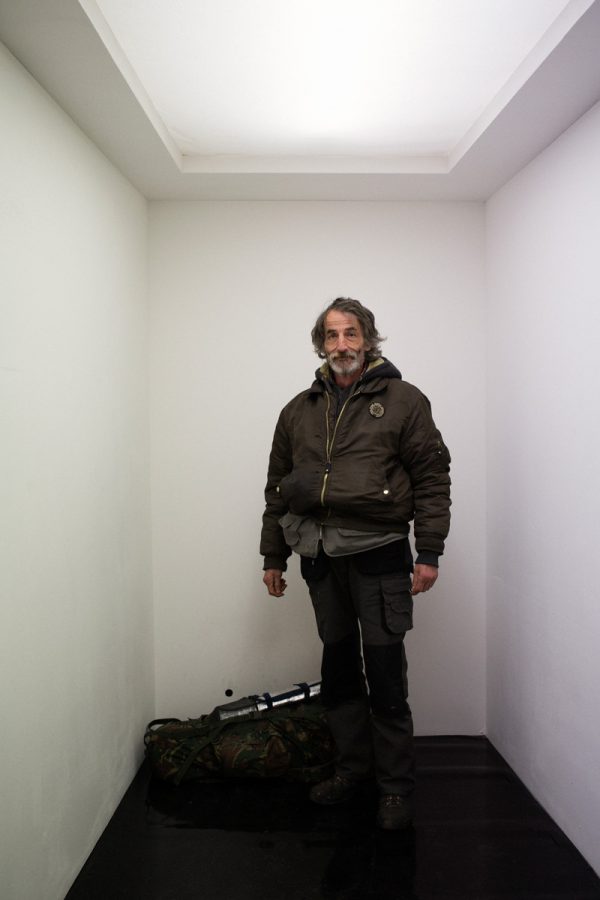 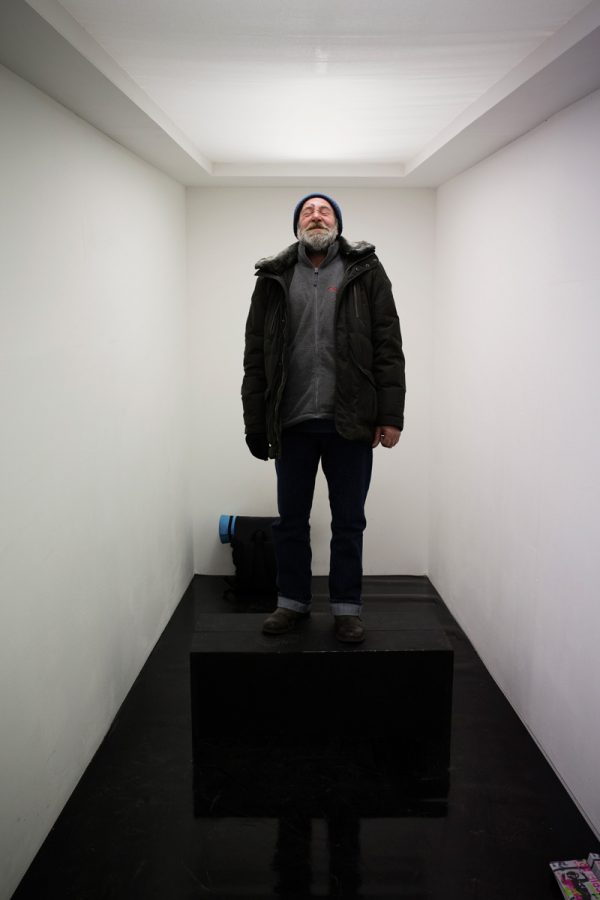 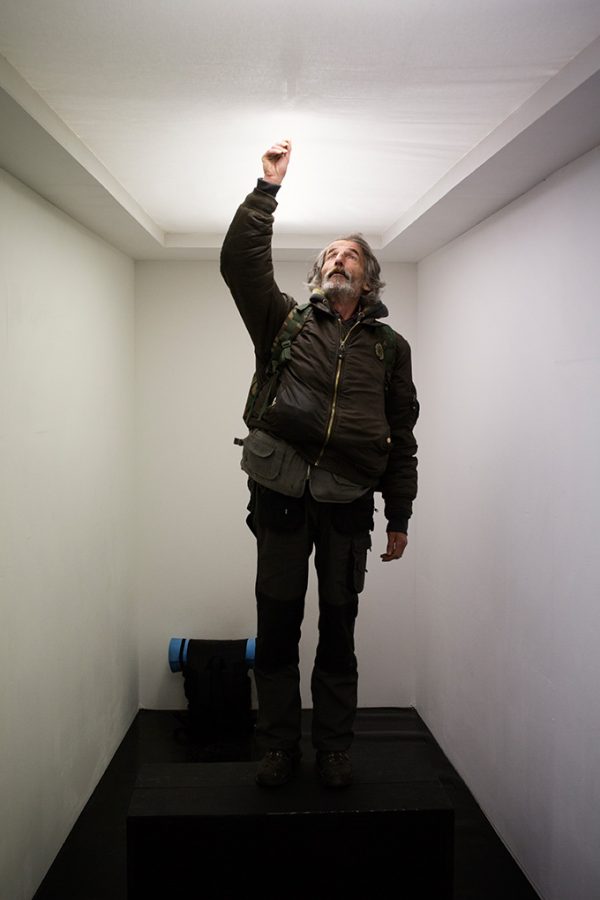 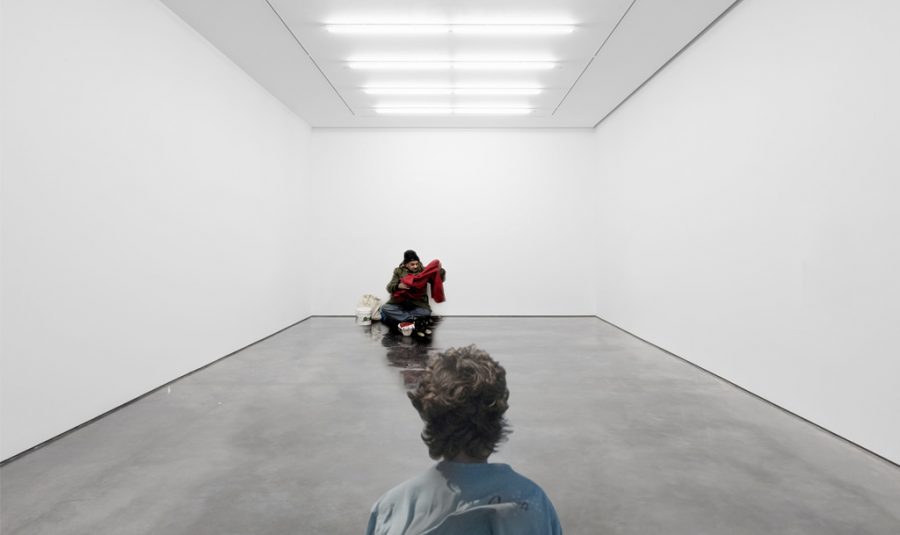 Image: courtesy of the artist Cityworks Documentation by Dominic Zizka

Waiting is a specific mode of being in time. The installation takes place in an office container, which has been transformed into an exhibition room – and in the public space of the city. Four “silent beggars” are the core elements of the project. The beggars are paid to perform their daily practice on base of the minimum wage of 8,50 € per hour. Silent Beggars do nothing but sitting and waiting, without directly addressing pedestrians on the street and without offering a reward or a return for possible donations.

One performer is present in the white cube, while the others are arranged in the surroundings of the temporary working container performing the same activity – waiting. For the period of two weeks the performers are begging on behalf of the arts. The money circulation is twisted and the field of arts, labour and charity are interlaced. In the container the waiting becomes a performance itself; a tableau vivant is created. The presence created through this specific “silent being in time” is the capital of the performers.

Produced within the framework of Cityworks for Spielart Festival Munich and the initiative Global City Local City. Spielart is supportes by the Cultural Department of the City of Munich