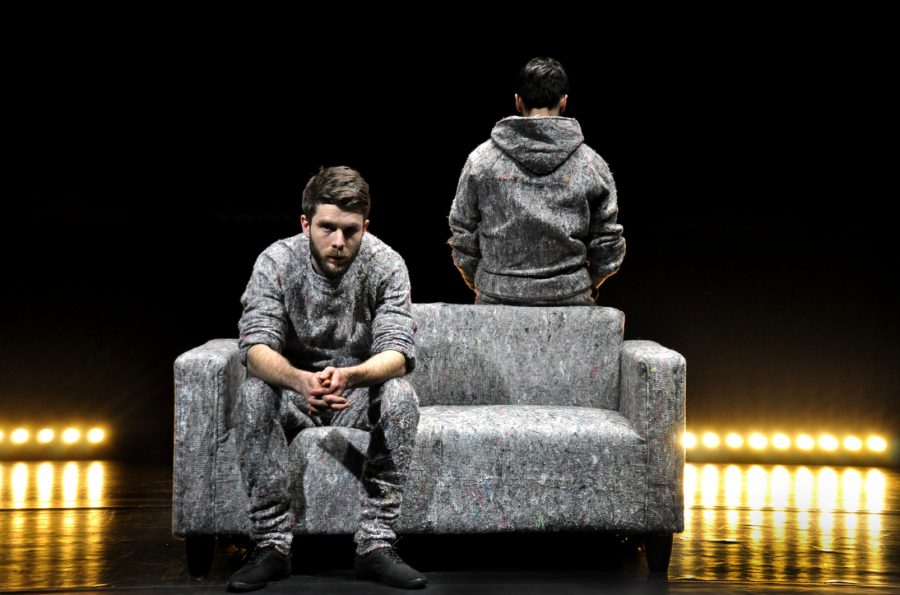 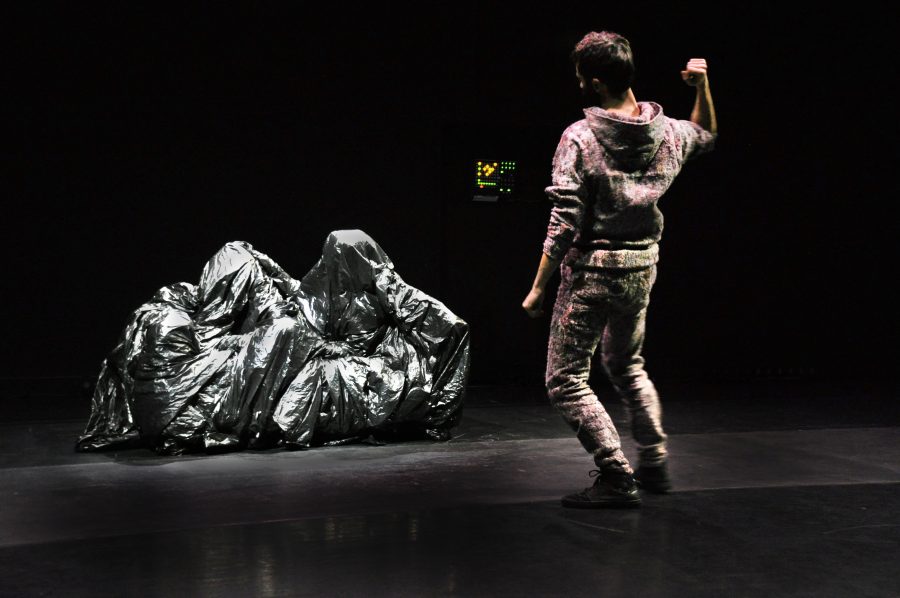 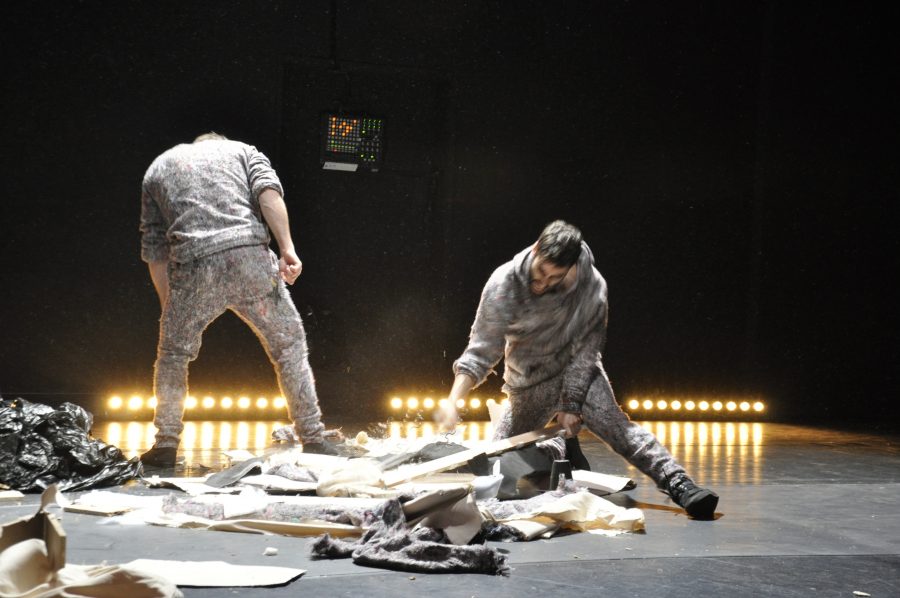 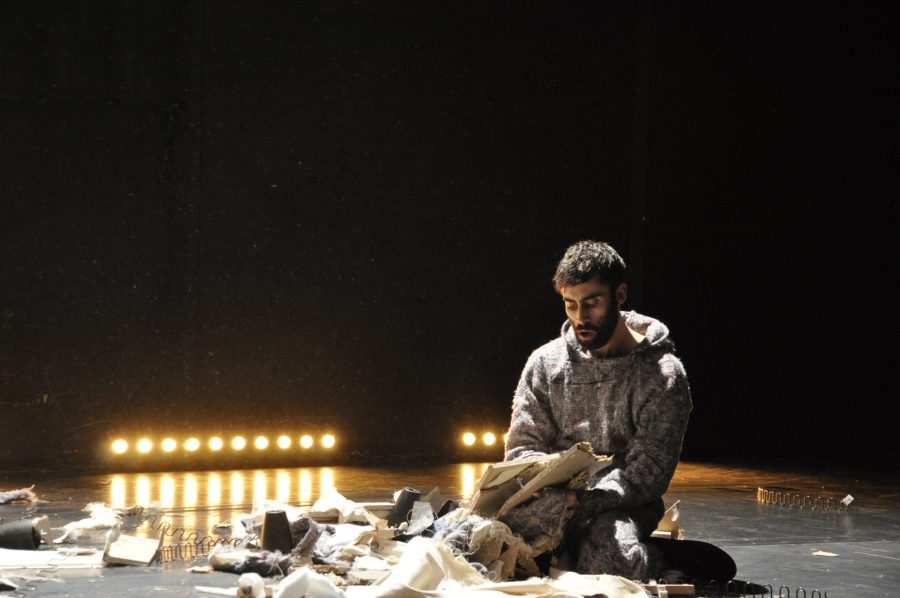 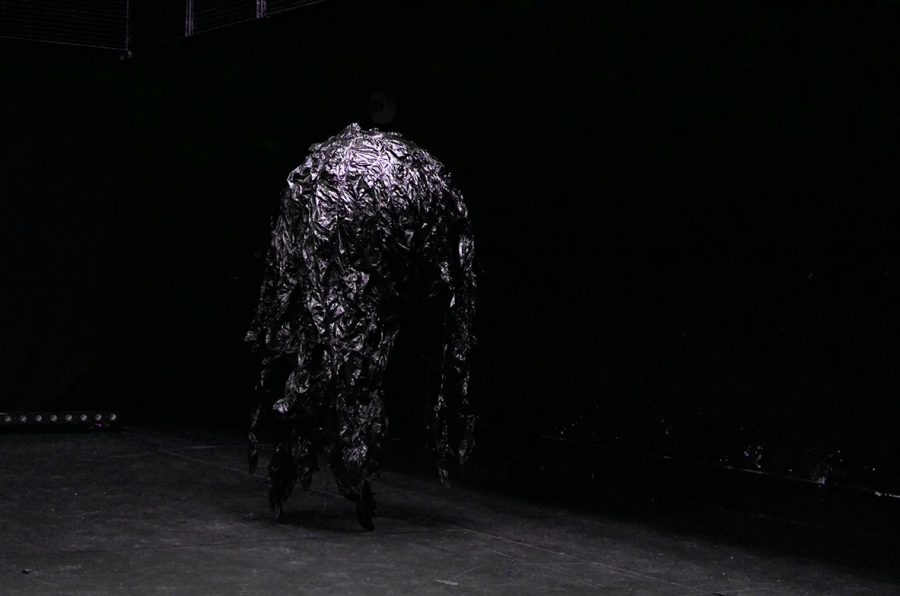 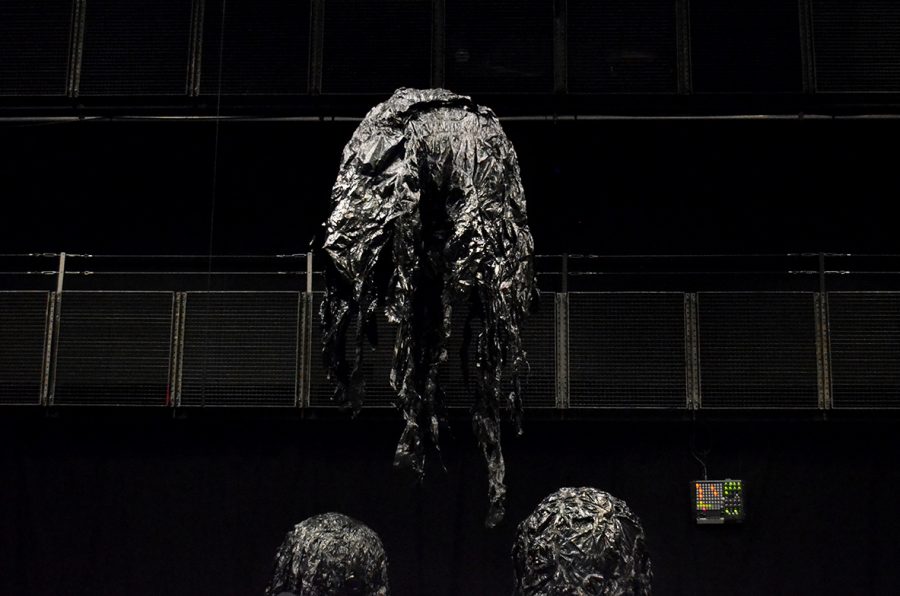 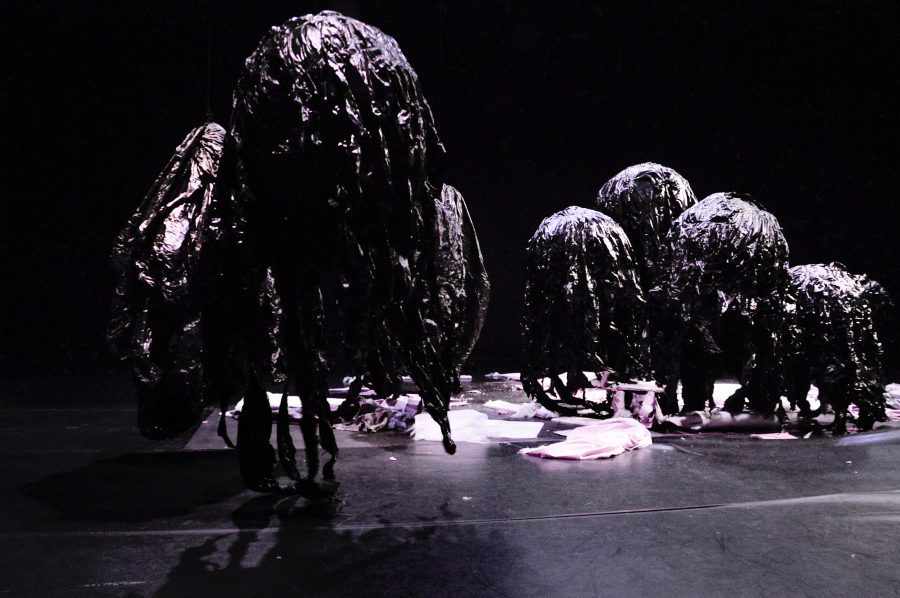 I’m Not Here Says the Void is a dark visual poem about absence.
The performance combines elements of visual theatre, dance, sculpture and minimal electronic music into a journey through dark material and matter.

Something’s underneath the carpet, someone’s behind the curtain, a basic noise keeps resonating in the air, the floor is trembling, and so am I.

In I’m Not Here Says the Void, two performers explore black holes and hollow spaces. Ennui is their point of departure for a trip into the unknown. It’s about absence and all the things that are not there, which become, therefore, even more present and desirable. It’s an invitation to collectively practice imagination. Reality as an invention of the observer.

This performance was developed as Julian Hetzel’s graduation project at DasArts Amsterdam based on research on the concept of overlapping realities, on masks and on the metaphysical opposition between appearance and essence. In 2014, it was produced by Frascati Amsterdam for its Fraslab Festival.