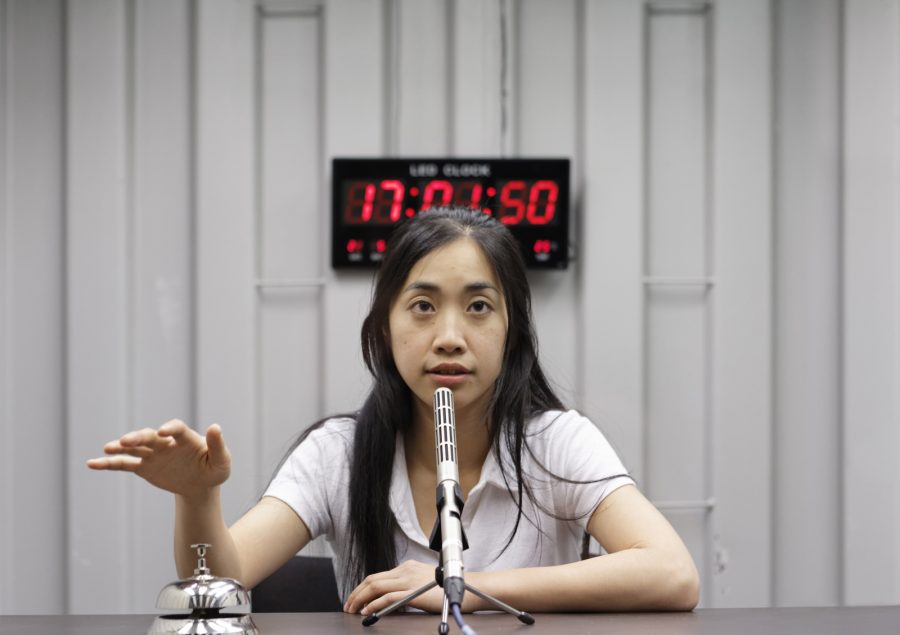 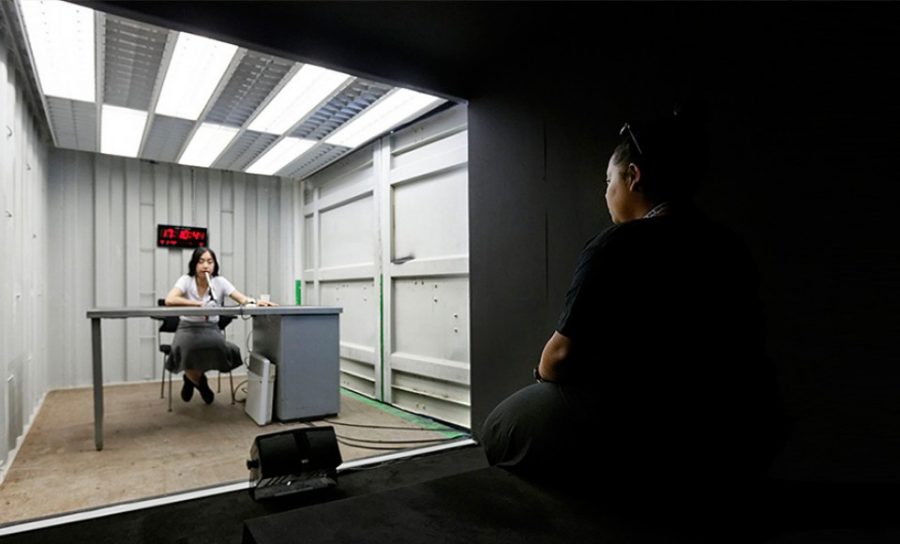 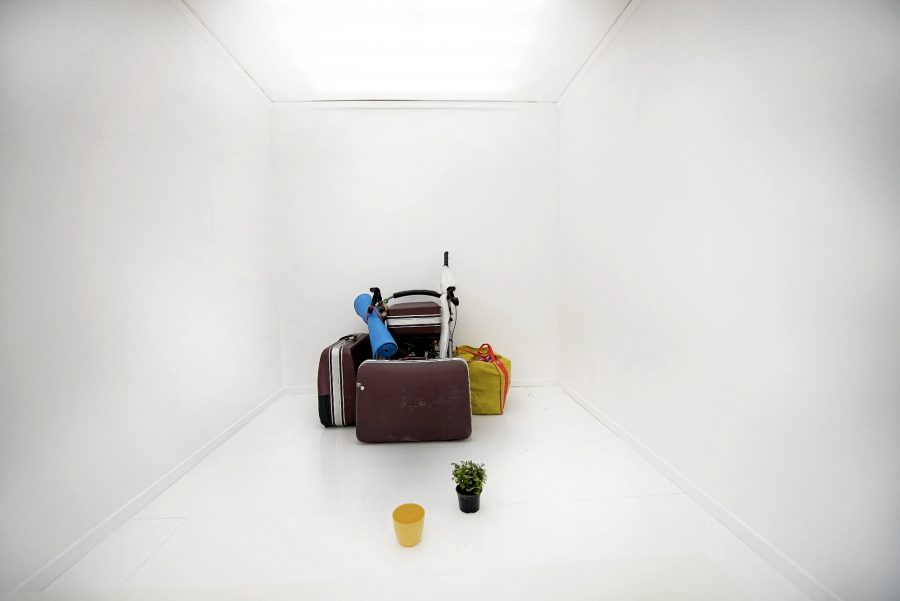 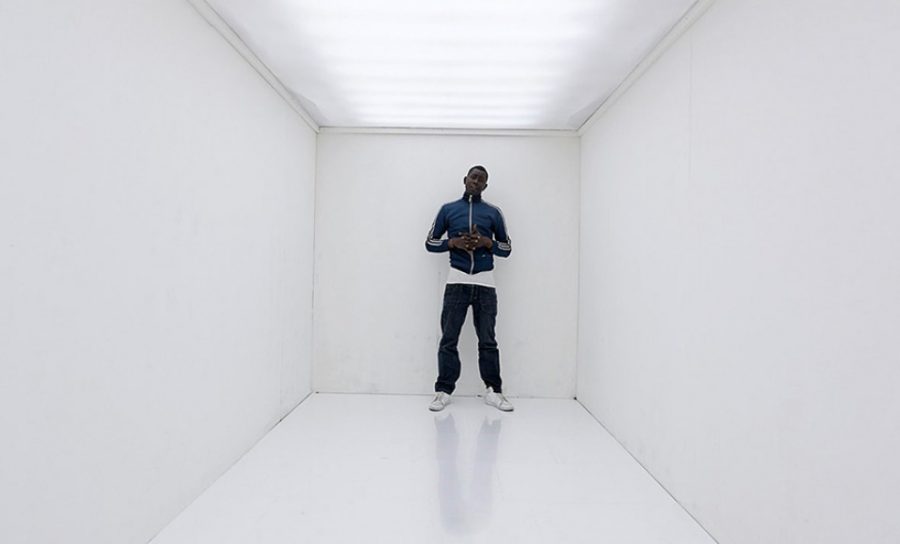 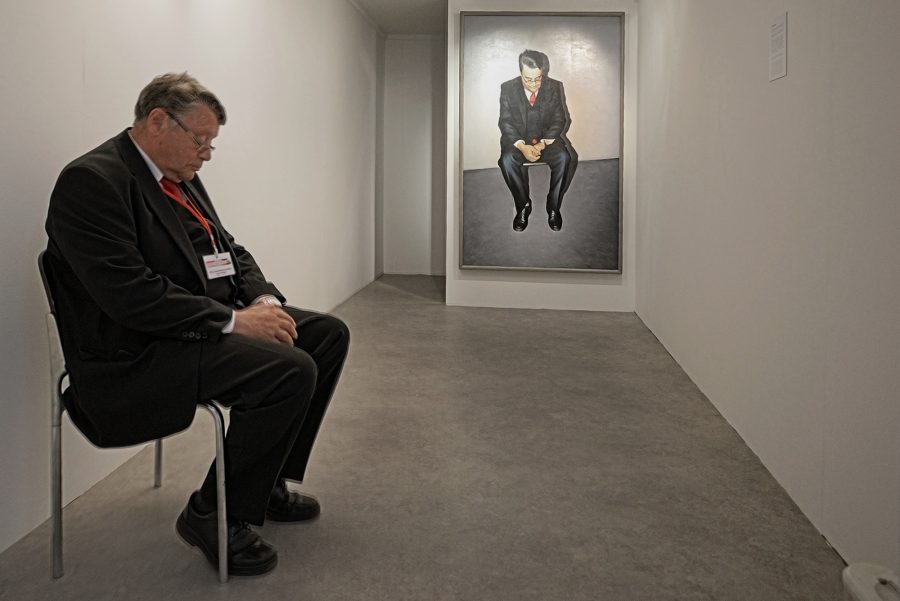 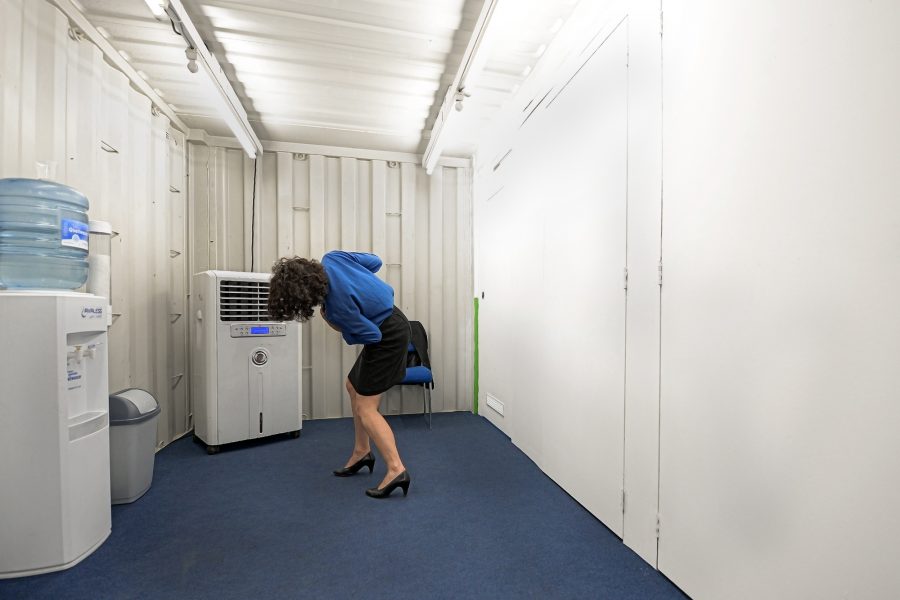 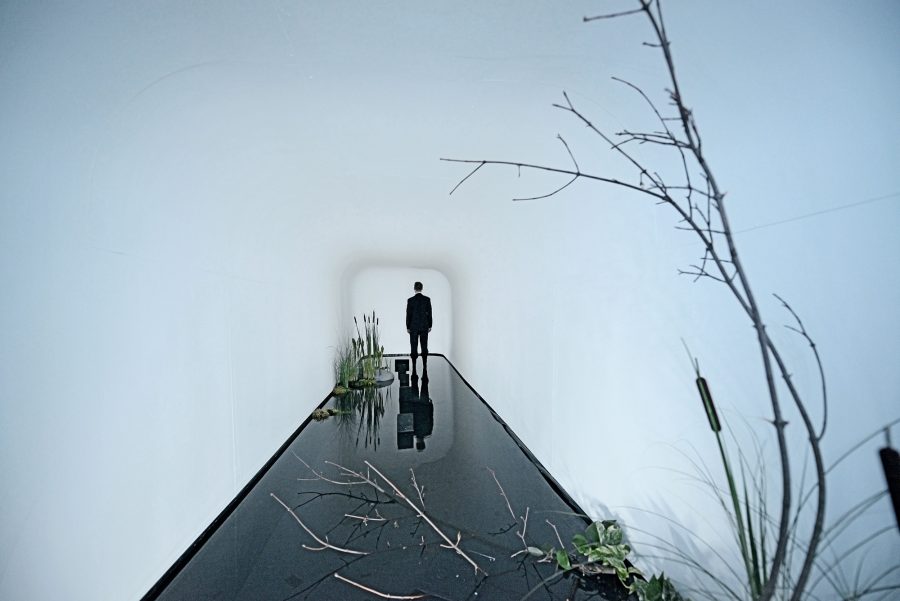 An interpassive performative installation on waiting.

STILL is a performative installation about time. Housed inside an array of ten shipping containers placed on a public square, the installation is open to the public up to eight hours per day. It is a 1:1 tour through a museum-like setting. Five rooms with five different installations, performative situations and tableaux vivants are experienced by the spectator in their very own pace.

The interior is carefully furnished with carpeting, seating accommodations, overhead lighting and wallpaper. It sounds, smells and tastes like the world out there. It is populated by creatures very similar to the people outside of the container – one is in an interim realm. There is nothing to do here except waiting. Waiting, the provocative alternative plan to the daily rat race turns out to be highly diversified: the visitors travel through the spaces, from one time island to the next. STILL  is a museum, a waiting-room, a time-machine, a landscape, an encounter.

STILL is a project about the relation between waiting and labour. Hetzel’s interest in the current transformation of labour into occupation and in waiting as a daily performance in urban life marks the point of departure for this artwork. These two seemingly contradicting concepts, labour and waiting, are juxtaposed in STILL. Labour is usually seen as a dynamic activity. Waiting feels static and is yet a state of transition; between not-yet and no longer. It is the no man’s land between thinking and action. Waiting is a specific form of being in time. By taking his time, Hetzel creates a slowed universe that stays connected with the reality outside of the thin walls of the containers.

The exposed squandering of time is his response to accelerated modes of production. It is an antithesis to a capitalized reality where all processes seek to be optimized, where efficiency is the most relevant maxim. While the moment of crisis has become a sustained state and as such the normal condition, he searches for new systems of value. STILL is an invitation to waste time in a meaningful way.